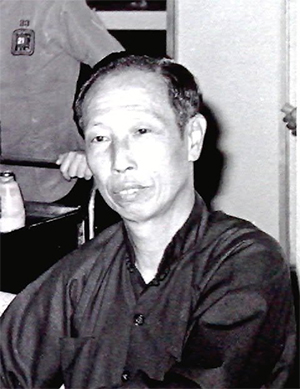 On Tuesday 27th of April 2004 at approximately 4.00 am, Grandmaster Ip Shui passed away in his sleep.
He was 91 years old. His death symbolising the end of an era of the descending students of Lau Shui, his master.
Lau Shui was one of the three famous tigers of Southern China.
Grandmaster Ip Shui is survived by his two daughters and sons, four grandchildren and three great grandchildren. His eldest son, Master Ip Chee Keung was named the heir to the Tung Kong Chow Gar Tong Long Pai, Southern Mantis Kung Fu.
In order to tell his story, we will start at the beginning. In 1929, at the age of sixteen, Ip Shui was introduced to Hung Gar Kung Fu, through a close friend of his Grandfather. Ip Shui devotedly practised Hung Gar for a period of two years, until one of his school friends introduced him to Master Lau Shui and the Southern Mantis system. A style, which surprised him with its short-range power and its ability to create strength in even the smallest man.

Training at the new school was made very difficult for the young Ip Shui though. The main problem he faced was discrimination, he was not Hakka Chinese. It is the Hakka Chinese that are accredited for developing this particular style of Kung Fu. Ip shui was in fact San Wui Chinese and was in turn considered an outsider in this culture.
The discrimination was so great, that the other students began to physically beat Ip Shui and further refused to train and practise with him. In order to resolve this situation Ip Shui’s master, Lau Shui focused on training with him. It was during this intensive one-on-one training that Ip Shui was given the opportunity to develop a higher level of skill and knowledge at an accelerated rate.
Some years later Ip Shui was kicked out of home, having no where to live, his master gave him room and board, on the proviso that he continue to train hard and do well for the style. It was during this period that he met his wife to be, a young lady by the name of Li Kwan,(not his masters daughter as some still assume). The couple dated for several years, and with the blessing of his master,(as was the custom back then) they married and moved to the area of Hung Hum, Kowloon, Hong Kong.
In 1940 Ip Shui and his wife took upon themselves to look after his elderly teacher. Soon after, tragedy fell upon Hong Kong (1941) with the invasion of the Japanese armed forces. Life as the Hong Kong people knew it had ended. Many suffered at the hands of the Japanese, food was rationed and conditions were difficult. Hong Kong people were forced to eat whatever they could, many ate bark off trees and dead animals found in the streets. Martial Art practice was banned and training was done in secret in order to avoid arrest and severe punishment. A large number of Chinese died during the Japanese occupation, many due to famine, disease and lack of medicine.
Lau Shui fell victim to illness and passed away during the occupation in 1942. He was 73 years of age. His death left behind only 5 high level students, this included Chu Gun Wah, Lam Wah, Tam Wah, Tarm Jill and Ip Shui. Master Ip Shiu was the last survivor of this group. (Chinese surname comes first). 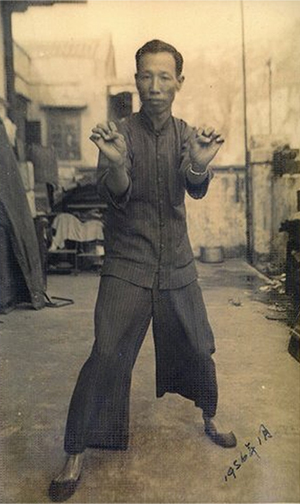 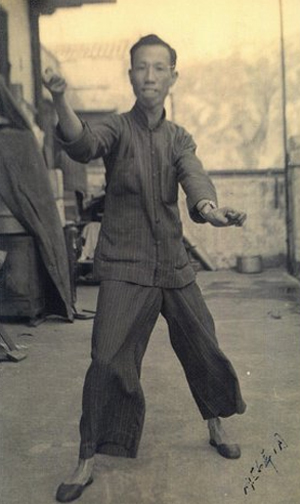 Grandmaster made his name in Hong Kong in 1946, when a famous Kung Fu Master from Southern China came to HK (style withheld). He challenged ‘any one in all of HK to come and fight’. He then set up a western boxing ring in one of the main parks of HK and waited for fighters. If the Southern Master was undefeated, he would set up a branch in HK.
One of the Masters to accept the challenge was Ip Shui’s Kung Fu brother (name withheld), who changed his mind on the way to the fight after hearing of previous teachers who had been easily beaten. To save face for his departed master, Ip Shui determined to take his place.
The challenge lasted nearly fifteen minutes- there were no rules, gloves or protective gear and no stoppages. The fight would end when the other man was physically incapable of continuing. Ip Shui was declared Champion of this encounter and over night became famous throughout HK.
In 1948 he opened his first public school. For three decades after this time Ip Shui challenged all comers. Many challengers came from a number of provinces of China, HK and Macau. Ip Shui was in his early sixties at the time of his last challenge, and so slippery were his hands, that it earned him the nickname ‘Wei seed’ or Sub Shui Lam Wat in Cantonese meaning ‘difficult to catch’. Another prominent master, who he had defeated in the 1970’s, respectively gave Ip Shui this name.
During his career numerous authors approached Ip Shui (many of them from magazines, newspapers and television companies) to provide background information about his life and his master’s teachings. On two occasions, he was approached by the Chinese military, to assist teaching the armed forces. However by this time Grandmaster was older and believed he had nothing more to prove, as he had spent his life doing just that. His belief in the end was the people that should know, would know.
Grandmasters wife, Si Po Li Kwan passed away in 1998, she was 85 years of age. Grandmaster survived his wife by six years. His death occasioned numerous Martial Artists, many of these where principals and representatives of various Kung Fu systems from around the world. His pallbearers were Kong Pui Wai, Lung Kai Ming (HK Kung Fu Assoc), Wong Kwok Cheung (Lung Ying, Dragon style), Cheung Kwok Wah (Ba Hok, White Crane), Kwok Pui Kai (Ching Mo Martial Art), Cheung Wan (Chu Family Mantis Kung Fu), Leung Ting (Wing Chun), Wong Pak Yau (Pak Mei, White Eyebrow).
On a personnel note, I have studied under Grandmaster Ip Shui and his son for many years now whilst living in HK and here in Australia. Both men spent many occasions staying in Australia, after I returned home. At other times (usually twice a year), I would stay in Hong Kong at Grandmasters home in Kowloon City.
He was indeed a very private and spiritual man. He had an amazing ability (some say psychic) to read and conceptualise the true character of a person. On many occasions I witnessed his initial introductions to numerous people and recall my first ever meeting with him. I remember the event so clearly- we spoke very little words and instantly I was taken aback as I felt my spirit and thoughts exposed.
It took some years whilst living there for Grandmaster to become used to this particular Australian. But after time he became far more open in all of life’s matters and the personal side of Grandmaster was very different to what I had ever encounted before. He was a man of very high stature in Asia, but most times you would never pick it and displaying his ability was rarely seen outside of training. “Martial Art is a tool to enhance the function of the body”, he would say, and “must be used for a defence purpose only”. 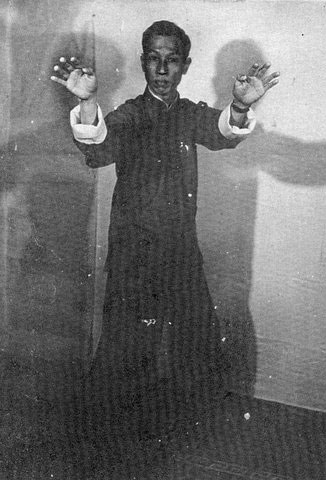 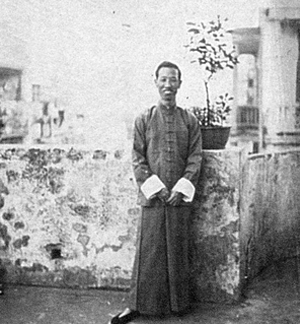 Applying his theory meant the more senior the status, the more hidden the artist becomes. The passing of Grandmaster has ended the old linage of the last century, the root of Martial Arts in the West. There are few old Kung Fu masters left in this part of the world now and within the next decade they will all be gone.
My time with Grandmaster, though relatively short in reference to his age, was one of the hardest but greatest times I have endured to date. Knowing and being taught by him was a privilege, a privilege that will never be repeated- for this opportunity only comes once in a man’s life. On my last visit he asked me what I would do when he died. I told him I would never forget.
Paul Brennan